NEW: SCEME will be providing free personal development and empowerment workshops in London

As part of our belief in the power of people to bring about great change in the UK and internationally, we are offering a social activism and volunteerism workshop series to empower social activists and community members based in London who have a commitment to improving the lives of the Middle Eastern and North African community in the UK, as well as the lives of those across the MENA region.

During April 2014, SCEME will be providing a series of free personal development and empowerment workshops especially tailored to provide dynamic local networking opportunities between London’s Middle Eastern and North African communities, to support enhanced cooperation and co-working, to facilitate reflection, personal development and dialogue between like-minded social activists as well as to provide specialist support to assist local community members to create and implement community, human rights and/or development projects meeting needs on local and international levels.
If you are interested in joining us as a participant please let us know, it will be held from the 28th April till 1st May at 18:00 each night in Westminster.
For more information and to register your interest in our workshops, please contact Iman on iman@sce-me.org
Dec,2012
0

Each year on Human Rights Day, advocates for human rights across the world focus on one central theme. Today, our attentions turn to the rights of all to be included in the political life of their countries, as enshrined in the Universal Declaration of Human Rights.

Recent times have been marked by individuals coming together in the pursuance of these rights across the MENA region. The uprisings that begun in Tunisia following the self-immolation of 26 year old Mohamed Bouazizi and which cascaded most notably to Egypt, Libya, Yemen and Syria brought with them new hope of achieving a successful – if prolonged – transition towards democracy.
In the Gulf, these uprisings have been restricted for the most part to Bahrain. Demonstrations of discontent have been kept to a drastically smaller scale on the East Coast ‘Qatif’ region of Saudi Arabia and in Kuwait, which has seen some resurgence in anti-government protests, particularly in response to a ban on protests.

This weekend, as we were preparing to celebrate Human Rights Day 2012, HH Prince Abdulaziz bin Abdullah, the Saudi Deputy Foreign Minister, addressed an audience at the Eighth International Institute for Strategic Studies (IISS) Regional Security Summit. His Highness asserted that the Persian Gulf states ‘cannot tolerate instability’ that could lead to challenges to the Western-allied leaders from Kuwait to Oman.  His comments echo calls by Gulf authorities to widen crackdowns on perceived opposition and seek to justify last year’s intervention in Bahrain, the Gulf’s main flashpoint, to quash the uprising of the kingdom’s Shiite-led majority.

It is now a little over a year since Bahrain issued a sweeping ban on all public gatherings and rallies; with the Interior Minister announcing that such gatherings are associated with violence, rioting and attacks on public and private property.  He said that the ban would continue until “security is maintained” and suggested that one of his main concerns was the fact the rallies expressed opposition to the government and ruling family.

With the increasing tension in Bahrain, the unleashing of repression by the authorities, and incidents of violence on both sides of the divide, Bahrain is at a cross roads, and many fear that the Bahraini citizens are no closer to enjoying full and equal access to their political rights.

On Human Rights Day, our attention turns to some of the core freedoms outlined within the Universal Declaration of Human Rights, and we urge the Kingdom of Bahrain to award these, the most basic and fundamental rights, to its people.

Everyone has the right to freedom of opinion and expression; this right includes freedom to hold opinions without interference and to seek, receive and impart information and ideas through any media and regardless of frontiers.

Everyone has the right to freedom of peaceful assembly and association.

The will of the people shall be the basis of the authority of government; this will shall be expressed in periodic and genuine elections which shall be by universal and equal suffrage and shall be held by secret vote or by equivalent free voting procedures. 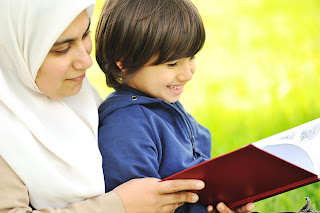 « Legally, he can still abuse you » 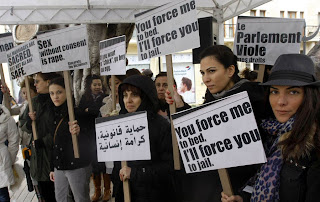 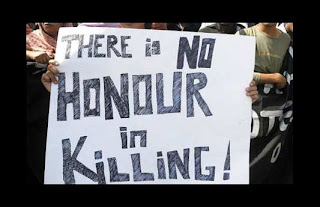 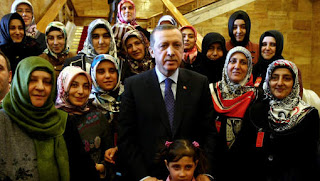 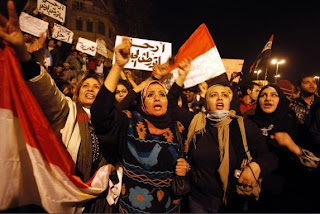 “Educate a Woman, Educate a Nation” 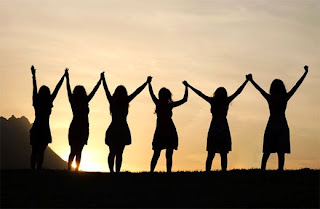 International Women’s Day has got us thinking about the importance of educating women.

As the saying goes “educate a woman, educate a nation”. We firmly believe in the importance of educating young women.
Women are role models, teachers, and sources of unconditional support. They inspire, and effect change in homes, schools, governments, and businesses throughout our country.
Female education is the need of the hour. Without educating the women of the country we cannot hope for a developed nation.
Women play a vital role in the all-round progress of a country. Women must be educated!
It is said that if we educate a man, we educate a man only, but if we educate a woman, we educate the whole family.
Napoleon was once asked, what the great need of France was. He simply answers, “If the women of my country are not educated, about half of the people will be ignorant.”
Our opinion too must not differ from Napoleon. We must create an atmosphere in which not a single woman remains uneducated.
I challenge all of us to celebrate women and their impact in education.

© 2023 SCE-ME. Social Change through Education in the Middle East is a Not for Profit organisation registered in England and Wales. Registration number: 7504666